Announcing the Durtyfeets Trail Series with MRA Multisport. Subtitled: "I might also be a little Tri-curious."

I am pleased to announce that I have teamed up with a great organization in my area to bring help bring a trail race series to the Blackstone Valley. 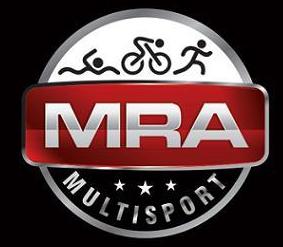 MRA Multisport is a grassroots company that specializes in providing personal and small-group coaching, a club of like-minded athletes, and a variety of year-round local endurance events to challenge the novice and seasoned athlete alike.  By providing these 3 opportunities to outdoor enthusiasts of all ages and abilities while partnering with local businesses and organizations, the goal of creating or maintaining a healthy lifestyle and promoting physical fitness can be achieved.

MRA Multisport is owned and operated by Megan and Alex Rogozenski.  Megan is Head Coach for MRA Multisport and Alex is the Race Director and Operations head.  They have put on a couple of really well organized races already this year.  All of their races feature training sessions in the weeks leading up to the event.

In 2012, I joined their MRA Multisport Club which is a USAT Sanctioned Triathlon Club and member of the RaceReach Club Network.  Based in the heart of the Blackstone Valley in New England, the Club is the area’s premire training, racing, and social club for athletes of all abilities and ages.

The underground motto of the club that has been occasionally stated is "Win or Lose, we still booze." You gotta like that.

I have to confess that I didn't join the MRA Club to do a triathlon though I am tri-curious.  I joined so I could try to infect more of our community with a pathological love of our local trails.  I'm happy to say that it worked and the infection is spreading.  That only proves correlation and not causality but I like to think I had something to do with it.

Note:  The below stuff was lifted more or less directly from the MRA Website (unlike the above stuff, cough cough, wink) and looks a whole lot more polished and usable there.

To keep costs down and not force a t-shirt or other race schwag on anyone, we’ll be offering durtyfeets Trail Series line of apparel for individual sale shortly.  This branded apparel will be sold at around cost and won’t be the cheap items that we all have stock piled in our garage as rags.


Aid Stations:  All races will have at least one on-course water stop and will have traditional post-race food and drink.


Awards: Top overall male/female of each race will get some sweet 2013 Trail Series Champions clothing at the end of the season. Race day awards presented to top male/female in following divisons: Junior, Open, Master, Senior.